Home » Around the world by bike » Summary: Chile and Argentina

Already half a year has passed since I returned to Switzerland and I also have started working again. However, the journey is still pretty fresh in my mind and I’m therefor happy to look back. For making this text not too long, I will cut this summary into a few parts. First, we will return to South America.

Carretera Austral and a lot more 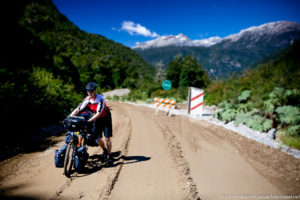  This journey started there, where my last one ended: In Santiago de Chile. From there, I drove by bus and boat to the region of Coyhaique at the Carretera Austral, where I met new travel partner Michu. He started in the South in Ushuaia and together, we continued towards north. On the way, we passed multiple road blockages, because the inhabitants of the region were protesting against the high costs of living and other problems like the dam projects. 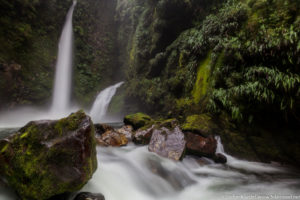 The weather was pretty wet, but the landscape very green therefor. We passed the volcano Chaiten and the village with the same name, which is now being rebuild after the heavy damages caused by the eruption of the volcano. However, the signs of destruction are still very well visible. We continued through the Parque Pumalin with its waterfalls and other nature beauties. After a longer ferry ride through the rain, we finally reached the end of the Carretera Austral. But not the end of our adventure yet. 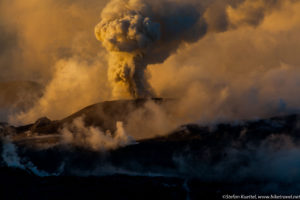 Road of the volcanoes: Osorno, Puyehue, Villarrica and Llaima After a side trip to the volcano Osorno, we continued towards north. We were very lucky to have a three day trip to the active volcano Puyehue together with two Chileans. Clearly one of the highlights during my journey. I would have loved to stay there even longer… We continued over an exhausting pass to Argentina, further along the Siete Lagos to San Martin de los Andes and a few days later across another pass back to Chile. 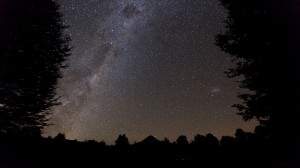 We passed the volcano Villarrica and continued to the volcano Llaima, which was just set on higher alert the day before. However, nothing happened. It would have been too much luck for us… Instead we enjoyed a wonderful and clear night sky and experienced our first earth quake. We also had our worst accommodation in this area; just a day after one of the best ones. Things can change fast. 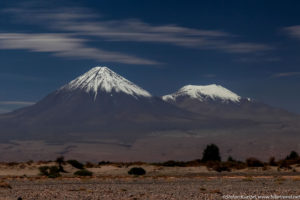 Finallly, we drove back to Santiago the Chile by bus, where we separated again. Even the best time has its end. Michu continued – after a short break – further towards north. I first visited the area of San Pedro the Atacama by bus before I continued to the U.S. There another adventure with a new travel partner was waiting. More about that soon or already now in the blog entries from that time :-).

All the best,
Stefan

PS: More pictures from that part of the journey can be found in the Gallery.

This site uses Akismet to reduce spam. Learn how your comment data is processed.